Horizen’s research and development partner, Input Output Hong Kong (IOHK), collaborated with Lancaster University to develop a prototype version of an on-chain decentralized autonomous organization (DAO) treasury system. Horizen is working with IOHK to set up a treasury system like this onto the Horizen network to engage and involve the community in its funding decisions. 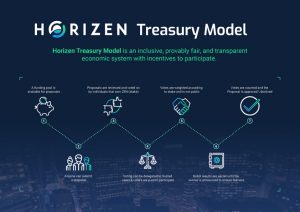 IOHK points out that while cryptocurrencies are touted to be decentralized, much of the time there is one core entity that runs the effort and makes funding decisions. If you look at the funding workflow of many cryptocurrencies, their treasury system is centralized and controlled by one core team.

Horizen values privacy and decentralization, and that’s why the team is implementing a decentralized decision-making process. The community will be able to play an active role in our funding decisions.

IOHK developed a universal treasury system that can be adopted by any cryptocurrency. The treasury system aims to solve decentralization by establishing a mechanism and platform for collaborative consensus backed by anonymous voting on the blockchain. The main idea is to provide the tools for the community to control the funding for projects.

Watch IOHK’s presentation on their prototype implementation with Lancaster University.

Anyone in the community can submit a proposal for consideration. Stakeholders can review the proposals that get passed on, and then they get sent to the next stage where ZEN holders can vote on where funding gets placed. Each holder would stake a deposit of ZEN, which will allow them to participate in this voting process.

The Horizen engineering team is architecting the treasury implementation. Initial plans are to integrate the voting prototype into the sidechain architecture and modify the treasury to use a SDK, which will likely be written in Java. In parallel, the Horizen engineering team will use the SDK for the on-chain Secure Node and Super Node implementation.

The Horizen team is excited about for the R&D and engineering progress and the potential the voting system can have for other blockchain projects, nation-states or small governments, or even corporate voting! 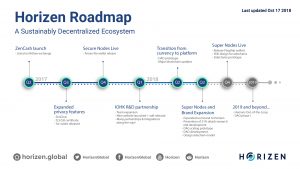 The Horizen and IOHK partnership entails an exciting series of research and development led by Prof. Roman Oliynykov, a cryptographer, IT security researcher, lecturer, and IOHK Research Fellow.