The partnership will explore bringing new play-to-earn games and NFTs to market and enabling users to store and trade in-game NFT assets to Horizen.

We are excited to announce our partnership with Dot Arcade NFT Games, a blockchain gaming platform designed to combine arcade and multiplayer online battle arena (MOBA) genres that allows players to earn NFTs across a multitude of highly interactive games by competing with others around the world in teams or individually.

In working with Dot Arcade, Horizen further expands its influence in the gaming space by teaming up with experienced game developers and introducing more play-to-earn games to its fast-growing ecosystem.

Using Zendoo, Horizen’s zero-knowledge-enabled and fully customizable blockchain deployment solution, Dot Arcade will explore building its game and NFTs on Horizen, thus enabling gamers to store and trade in-game NFT assets on top of the most secure and privacy-preserving blockchain network in the Web3 space.

“The Dot Arcade team features some of the most talented and experienced developers in the mobile gaming space. We are excited to work together to enable them to deploy their game and form the foundation for a new vibrant gaming economy on Horizen.” – Rob Viglione, co-founder of Horizen and CEO of Horizen Labs.

Like Gamestation, Dot Arcade aims to push its gaming platform to the next phase through blockchain technology. The team at Dot Arcade will leverage Horizen’s cutting-edge cross-chain protocol, Zendoo, to help form an expansive metaverse gaming economy similar to established players like Axie infinity and The Sandbox. 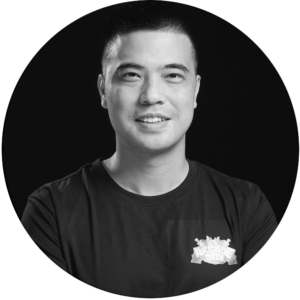 “Having worked in the gaming space for over a decade, our team is always seeking to adopt the latest most cutting edge technologies that can be used to advance the gaming experience for our users. When we saw what the Horizen team was doing with their modular blockchain architecture, cross-chain protocol, and zero-knowledge proof solutions, we knew it would be a natural fit and became very excited to dive deeper into their technologies and explore how we could leverage them to better upgrade our gaming platform for Web3 audiences” – Yoyo Bibo, Co-founder and CEO of Dot Arcade.

Dot Arcade is the first game mix between Real-time Strategy and MOBA game genres. Join a multitude of players worldwide and have an opportunity to play to earn NFTs individually or with your clan. The battles in Dot Arcade are similar to simple battles in Age of Empires. For more information about Dot Arcade, visit http://dotarcade.io.

Launched in 2017, Horizen is the zero-knowledge network of blockchains powered by the largest node system. Horizen offers best-in-class tools for developers to custom-build private or public blockchains with the level of flexibility unmatched by others. By building on Horizen, developers have the freedom to fully customize their blockchains including consensus type, speed, privacy, and crypto-economies. Blockchains built on Horizen produce massive throughput without compromising decentralization. For more information, visit horizen.io.